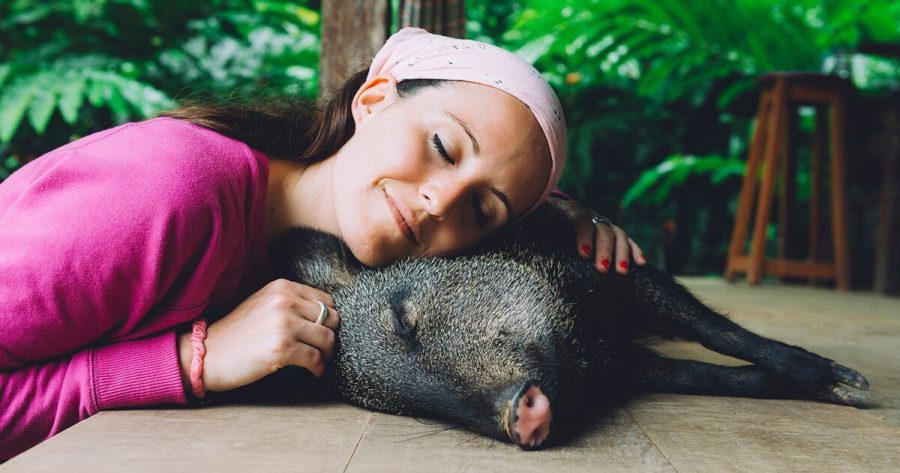 A farm animal rescue service from South Carolina is looking for what they call “piggy cuddlers” to help  100 swine rescues learn to be comfortable around humans that could lead to situating these rescues into loving homes, as per a recent Facebook post.

Cotton Branch Farm Animal Sanctuary on Jan. 23 released this want ad inviting humanitarians to socialize with adoptable residents in order to ease into the adoption program for these pigs.

This posted ad emphasizes the importance of emotional support for these rescues. Belly scratches, cookies as treats, and talking to these rescues can largely contribute to the acclimatization process needed by these rehabilitated porkers prior to adoption into loving homes. Given that these so-called residents are potbellied pigs that were part of a group of 550 that were saved from a terrible swine-hoarding situation in Kentucky.

The executive director of Cotton Sanctuary, Evan Costner, guaranteed that these rescue pigs do not require too much socialization during his interview with WTLX news.

“Spending about an hour at a time with them three days a week, within a month, they’re generally completely ready to be adopted.” He says, “they’re going to roll over for belly rubs.”

The advert shows promise and appears to create a far-reaching impact. “I would love to help! I had a potbellied pig for over 13 years — she was the absolute best,” one of the piggy cuddlers posted. “My dream job,” writes another.

Anybody could now bring home these potbellied pigs without being afraid. These pigs are much easier to house train than dogs, says Costner.

“As long as you have about a quarter-acre of space for them, a good-sized yard for them to enjoy, they’re fine.”

To date, 400 of the original 550 rescued pigs have already been adopted into a loving home. Dwayne Johnson discusses the ongoing protests and calls out President Trump: ‘Where are you? Where is our leader?’ [Video]