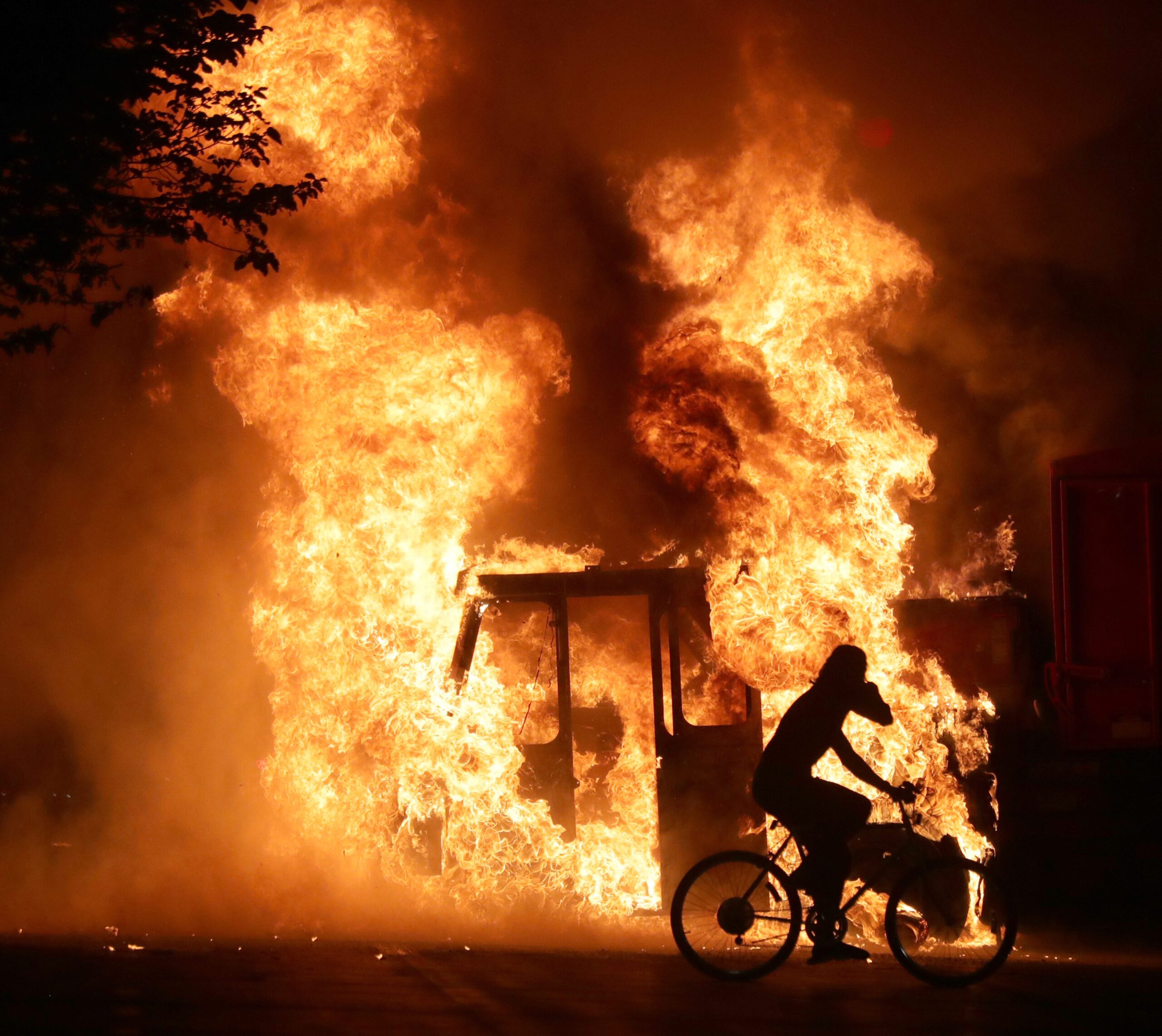 The protestors with AR-style weapons surrounded an armored police vehicle, as public disorder ensued following the police shooting in Kenosha, Wisconsin. The police shooting was recorded on video and circulated online, which again started protests demanding an end to police brutality.

Jacob Blake is identified as the person in videos posted online. He is seen opening his vehicle’s door when police officers fired their weapons on him. His three children are witnesses to the shooting, reports indicate.

On Sunday, Wisconsin Gov. Tony Evers condemned the shooting incident in which the victim was “shot in the back multiple times, in broad daylight.”

“While we do not have all of the details yet, what we know for certain is that he is not the first Black man or person to have been shot or injured or mercilessly killed at the hands of individuals in law enforcement in our state or our country,” the governor wrote. “We stand with all those who have and continue to demand justice, equity, and accountability for Black lives in our country.”

“In the coming days, we will demand just that of elected officials in our state who have failed to recognize the racism in our state and our country for far too long,” he insisted.

Drew Hernandez posted another video online. This time, about the public unrest that escalated into violence. In the video, protestors are seen blocking the path of a sheriff’s department armored vehicle while police officers tried to deescalate the situation.

One of two armed men from the group of protestors shouts “get me a gas mask,” before someone in the crowd warned others that, “they’re gonna deploy.” Police officers tossed tear gas canisters, scattering the crowd.

Hernandez posted another video, describing the incident as “like a scene out of hell.” The second video shows the properties damaged, including the public library and vehicles.

The Wisconsin Department of Justice opened an investigation on the police shooting. The police officers involved in the shooting were placed on administrative leave, but no other details about the incident were disclosed.

“A perfect summary of the chaos in America in Kenosha, Wisconsin. Welcome to the Mob’s America,” the Columbia Bugle tweeted.