A man serving 25 years for murder was able to achieve quite a feat after spending his time mastering advanced mathematics. He solved an ancient math problem from his cell.

Christopher Havens, who never finished high school, has been serving a 25-year sentence in Washington after being convicted for murder in 2011. He found his passion and talent for mathematics while in solitary confinement a few months into his incarceration.

Havens, 40, sent a letter to a mathematics publisher asking for issues of the “Annals of Mathematics” to challenge himself.

“To whom it may concern, I’m interested in finding more information on a subscription to Annals of Mathematics for personal use. I’m currently serving 25 years in the Washington Department of Correction and I’ve decided to use this time for self-betterment. I’m studying calculus and number theory, as numbers have become my mission. Can you please send me any information on your mathematical journal? Christopher Havens, #349034

PS. I am self-teaching myself and often get hung on problems for long periods of time. Is there anyone who I could correspond with, provided I send self-addressed stamped envelopes? There are no teachers here who can help me so I often spend hundreds on books that may or may not contain the help I need. Thank you.”

The letter was passed around a bit by staff at Mathematica Science Publisher, eventually making its way to a mathematics professor at Umberto Cerruti from Turin, who gave Havens a problem to solve.

Cerruti received back a 47-inch-long piece of paper with a long formula written on it. Havens had correctly solved the problem.

The professor then invited Havens to help with an ancient problem he’d been stuck on for a long time. The problem from the number theory involved so-called continued fractions.

The convict was able to solve the age-old puzzle and find regularities in the approximation of a large class of numbers.

Cerruti and Havens published a first-author paper in an academic journal in January 2020.

Havens’s passion for mathematics inspired other prisoners as well. They’ve formed a regular math club at the prison. 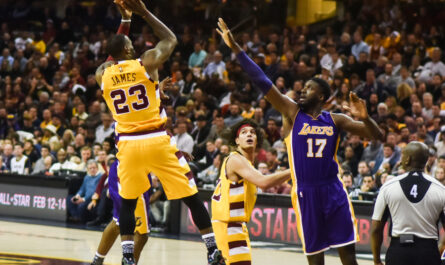