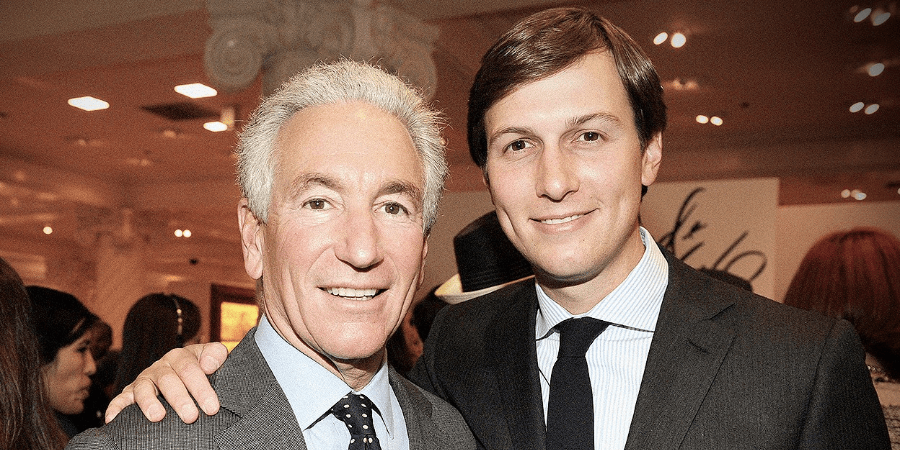 Ivanka Trump and her husband Jared Kushner are two of the most powerful people in President Trump’s administration, yet, there are also some odd stories about them.

One such story is about the extraordinary relationship between Jared and his father, Charles Kushner, a real estate tycoon. In 2005, Charles was sentenced to two years in prison after being found guilty of illegal campaign contributions, tax evasion and witness tampering. The witness tampering involved Charles’s attempt to compel her sister to stop helping in a lawsuit against him. He did this by setting up his brother-in-law with a sex worker where he filmed and sent it to his sister.

Despite his crimes, Jared, Charles’s favorite child, remained steadfastly loyal to him and even defended his father’s actions by saying, “all he did was put the [blackmail] tape together and send it.”

“Was it the right thing to do? At the end of the day, it was a function of saying ‘You’re trying to make my life miserable? Well I’m doing the same,” added Jared.

After Charles was freed, he sought to restore his image through hard work and by presenting Jared as the “sympathetic” face for Kushner Companies.
According to the 2019 book ‘Kushner Inc.’, Jared was ‘meticulously’ polite and was often seen greeting his father with a kiss and hug including during business meetings.

However, his esteem for his father reportedly leaped to the next level during one particular meeting in New York. Author Vicky Ward wrote that upon learning that his father hurt his foot, Jared, who just walked in, immediately removed his father’s sock and kissed his foot.

In 2005, Jared and Ivanka met through a mutual friend and later married in 2009 after Ivanka converted to Judaism.

Back in 2016, the couple became key members during the President’s campaign team before taking up their roles as senior advisers in his administration after the election.

In January 2017, Jared gave up his position at Kushner Companies to work for his father-in-law at the White House. He recently presented his Middle East peace plan which focuses on economics. He also proposed a funding of over $50billion (£39billion) to be spent in Palestinian territories for the next decade.

Ivanka, on the other hand, has also represented the US to the world, meeting world leaders such as Kim Jong-un of North Korea.