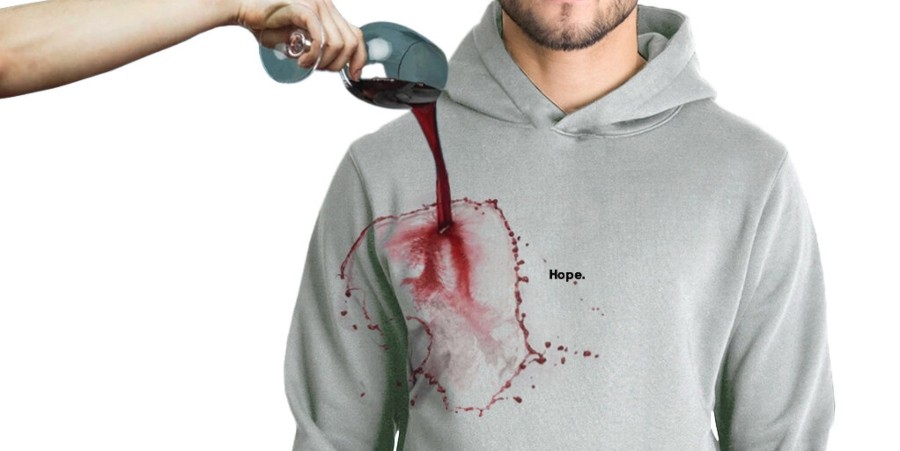 A hoodie that repels liquids and spills is being touted as the first ‘self-cleaning’ article of clothing in the world. For every single one bought, one is donated to UK’s homeless.

Made from nanoplastic polyester fibers, fluids bounce off the material without staining it and it doesn’t need washing for up to one month. When they are washed, the fabric dries 40 percent faster that regular clothing.

Although London-based couple Varun Bhanot and wife Anisha Seth, both 29, first thought of creating the sweatshirts to help London’s rough sleepers through their charity called Unhoused, they admit that the jumper’s launching is just in time for messy Christmas parties.

“We created a jumper and a hoodie range that repels liquids, dirts, sweats and odors, because you never really know what’s going to happen on any given day. You could wear it in the gym, or you could go out and about in it for more than a month and you probably wouldn’t even need to wash it,” said Bhanot.

“Even though we only launched it around a month ago, people have been absolutely astounded by the effect it can produce and also the longevity of something like this,” he continued adding that the clothing was a product of a year-long work of experimentation, prototyping, and fabric development.

Since launching Unhoused, the couple had so far donated over 100,000 clothes to Britain’s homeless people. Now, the revolutionary sweatshirts are being sold for £69.99 ($93), and that for every article bought from the organization, one is also donated to charity.

“We partnered up with a few shelters here in East London and the response from them has been one of a huge amount of surprise; most of the stuff they get in tends to be second-hand donations,” added Bhanot.

“It could be a game-changer for sustainable clothing all over the world, and an absolute life-saver for the UK’s homeless and those sleeping rough, who may not have access to washing facilities and need to be kept warm and clean all year round,” he concluded.