WarnerMedia announced on Tuesday that its upcoming streaming service called HBO Max will be the new home for the Emmy-winning comedy series “Friends” along with new original programming.

The beloved 90s sitcom will no longer be available on Netflix starting spring of 2020.

“HBO Max will bring together the diverse riches of WarnerMedia to create programming and user experiences not seen before in a streaming platform,” said Robert Greenblatt, chairman, WarnerMedia Entertainment and Direct-To-Consumer, in a statement, according to The Wrap.

“HBO’s world-class programming leads the way, the quality of which will be the guiding principle for our new array of Max Originals, our exciting acquisitions, and the very best of the Warner Bros. libraries, starting with the phenomenon that is ‘Friends,'” Greenblatt added.

The new service also has the rights to stream two new shows from The CW: “Batwoman” and “Katy Keene.”

As for its “extensive collection of exclusive original programming,” those projects include four films produced by Greg Berlanti and two films from Reese Witherspoon, according to Fox. Moreover, the new streaming subscribers can expect a “Dune” spinoff from Denis Villeneuve (who is also directing the film reboot), “Tokyo Vice” starring Ansel Elgort and an animated series titled “Gremlins.”

In 2020, the streaming market will be getting crowded in 2020 as Apple and Disney will also be launching their own platforms. NBC Universal is also joining the business and will be removing “The Office” from Netflix in 2021.

In response to the ‘Friends’ news, Netflix tweeted this: “The One Where We Have To Say Goodbye. We’re sorry to see Friends go to Warner’s streaming service at the beginning of 2020 (in The US). Thanks for the memories, gang.”

WarnerMedia has no announced an official price or launch date yet for HBO Max.
Source: Fox News
ShareTweetPin ItShare 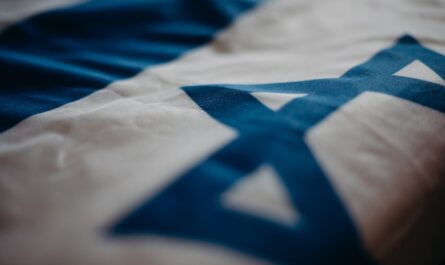 2020’s Most Beautiful Girl In The World Is A Member of the Israeli Air Force! [Video]