A new homeowner in the UK made a creepy discovery inside a wall of his home: a spooky doll holding a note confessing to the stabbing of the previous owners back in 1961.

Jonathan Lewis, 32, found the eerie doll in a plastered-up hole under the stairs in his Walton home.

“Thank you for freeing me!” the note reads.

“My original owners lived in this house in 1961. I didn’t like them so they had to go. All they did was sing and be merry. It was sickening. Stabbing was my choice of death for them so I hope you have knives.”

“Hope you sleep well,” the note adds, found next to a pig-tailed rag doll.

Lewis’ friends urged him to sell the place and move out immediately, but the prank amused him.

“I think it’s just a laugh. The letter says 1961, but the estate agent said when she was showing me around that the kitchen was only done four or five years ago,” the schoolteacher told the Liverpool Echo. He also noted that the paper looks recent.

Lewis said he noticed a wire coming out of the wall.

“There was a wire coming out where the previous owners had the fridge but I didn’t know where the wire was plugged in so I knocked through a bit of the plasterboard to see what was there.” 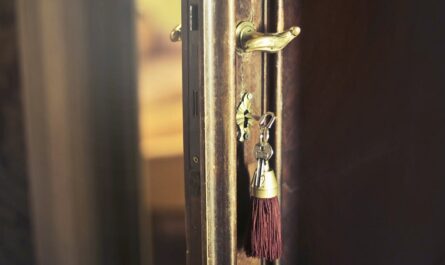