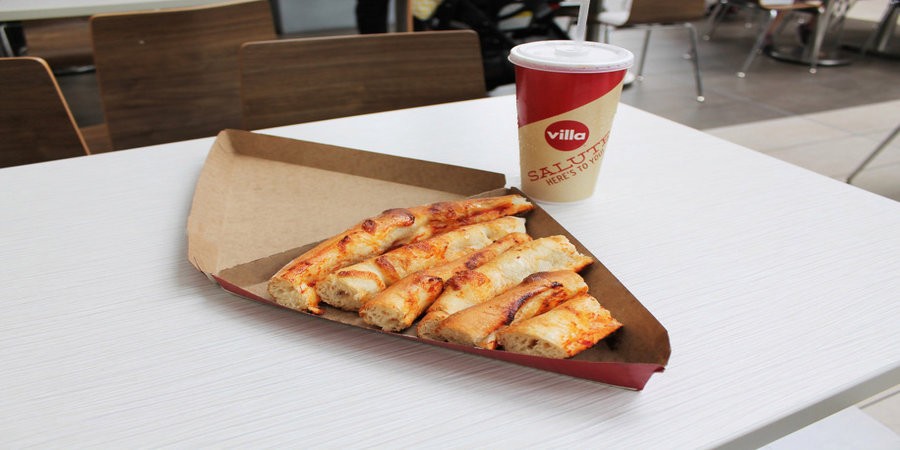 Let’s face it — most people don’t eat the pizza crust. They usually throw it away.

But this “New Jersey-based pizza chain” is offering just that.

And they’re selling the crust remnants inside a to-go pizza slice cardboard container, arranged in the shape of a regular slice.

But that seemingly clever food styling can’t hide the fact that the crusts look sad and discarded.

Some bonafide New Jersey pizzamen would even call it “criminal.” No true pizzaman would dare sell the contents of their trash bin to their loyal customers.

And this is not even the Villa Italian Kitchen’s first odd gimmick. Just last January, they introduced “Gender Reveal Lasagna,” which has pink or blue filling.

In their press release for “Just the Crust,” the pizza chain elaborated, “We know that the crust is everyone’s favorite part of the pizza, so skipping straight to selling pizza crusts only seemed like the perfect idea.”

But no one wants just the crust — except perhaps a select few.

The magic of pizza is that perfect combination of dough, sauce, and cheese. Without that, these just seem like glorified breadsticks.

What do you think? Would you eat just the pizza crust or not? Weigh in on the comments below.