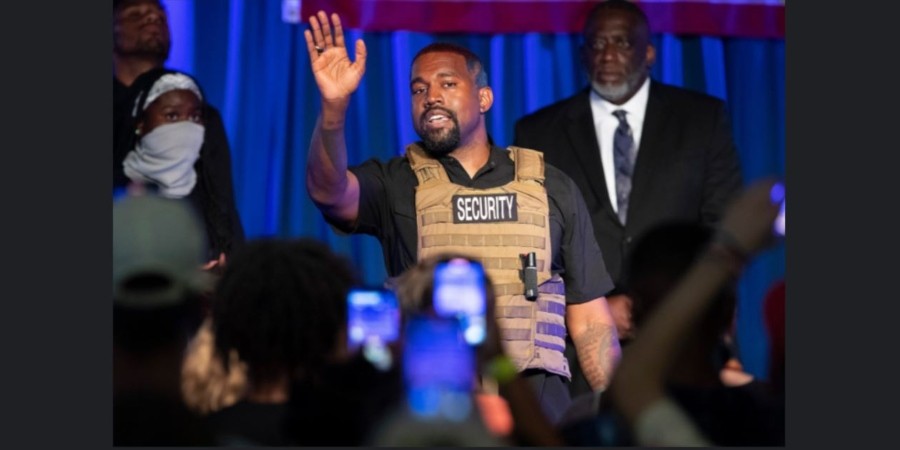 After concerns about his mental health and his wife’s appeal for compassion, Kanye West now concentrates his efforts to have his name on the ballot for November’s elections.

West has filed the $35,000 fee, submitted the necessary paperwork with the Federal Election Commission, and is trying his best in spite of his late entry to run for president in New York State.

He has also apologized to his wife, Kim Kardashian, for his Twitter posts and visited a Wyoming hospital for his anxiety. Kim Kardashian West points to his bipolar disorder condition for the rapper’s series of tweets.

The 21-Grammy winning rapper needs 30,000 valid signatures for him to be able to make it on the ballot for New York.  He already delivered signatures to the Missouri Secretary of State. West needs at least 10,000 registered voters to be listed on the ballot.

He will be running against incumbent President Donald Trump and Joe Biden for president.

West will have Michelle Tidball, a Cody, Wyoming-based “biblical life coach,” for his running mate under their “Birthday Party” line.

“I never thought I’d be helping facilitate ballot access for Kanye West,” Independent runner for the 17th congressional district in Hudson Valley, Josh Eisen said.  West’s team has hired his independent team of canvassers to help him out.

Eisen said that West’s team is very generous. “As good as one should expect from an extroverted preacher. And more. My canvassers should do well.”