A female Border Patrol officer went viral after a photo of her circulated across social media, where users dubbed her #IceBae.

“#IceBae could detain me for however long she wants,” a Twitter user said.

Kiara Cervantes created a Twitter account early Monday to identify herself as the Border Patrol officer in question. She then posted a video later in the afternoon to prove the page was authentic.

Cervantes said in the video, “Just woke up…saw that I needed to make a video so y’all could believe that it’s me. It’s me — I’m a Customs officer based in Texas and yeah, I don’t know what else to say.”

A Twitter user who saw the photo and video said, “Holy s–t…I think I’m coming down with a case of undocumentation.”

While some users thanked her for her service, some people responded negatively.

One Twitter user snapped, “This country is a mess, we are praising and trending #IceBae when she is literally a guard at a CONCENTRATION CAMP, guarding CHILDREN IN CAGES, RIPPING FAMILIES APART AT THE BORDER. You’re all sick, honestly.”

Another user called her and other officers “a traitor to the very ideas of justice and freedom.”

The Border Patrol officer replied to both fans and haters throughout the day.

She tweeted Monday night, “My job is so hectic at this moment but I am grateful. I love protecting my country! And I love my supporters!”

She declared, “I’m blessed and thankful for the career I have. We are doing our best but some people won’t ever understand. They don’t know the daily of what my job consists of.”

She explained that her job can sometimes be difficult, “Not only because I am Latina, but just in general the mass amount of people crossing ILLEGALLY daily and the processing can take a toll on anyone of any gender and any race.”

The Post reached out to Cervantes for a comment, but she could not provide a more elaborate response until after she “speaks to management with CBP.”

Meanwhile, the U.S. Customs and Border Protection agency has not yet provided any comment. 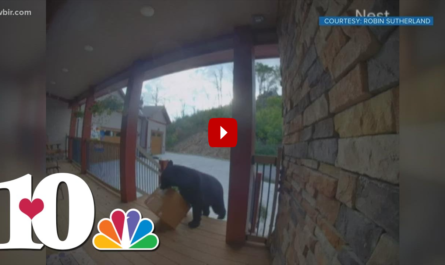