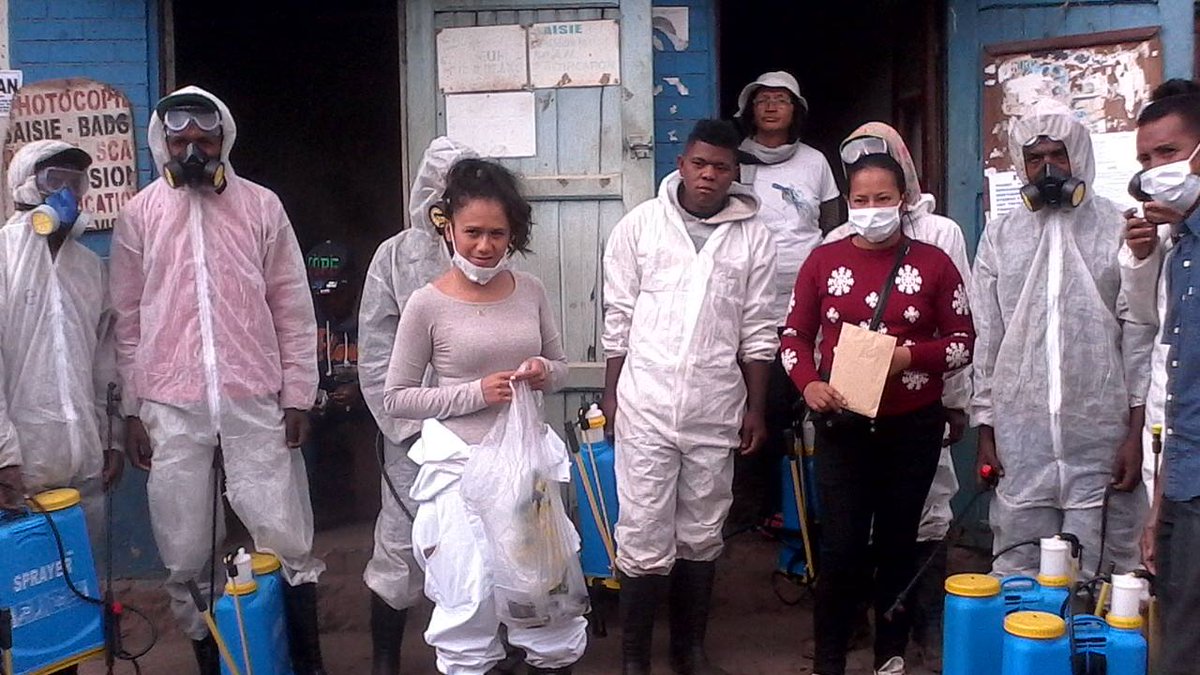 Madagascar has been hit with an outbreak of plague that started in August and has spread quickly, infecting over 2,000 people. The plague is spreading quickly in densely populated areas of the island.

“Madagascar, typically like many African countries, doesn’t have many doctors. There are around three-and-a-half thousand doctors for 22 million people,” Dr. Gatherer said. “They only have around 6,000 hospital beds… If it wasn’t for the international aid coming in things would definitely be much worse for them.”

Since the death toll has risen to 165, neighboring countries have been put on alert.

Dr. Matthew Avison from the University of Bristol told The Daily Star that the outbreak of plague is possible to worsen before it ends.

“Because this disease is extremely rare, it doesn’t get exposed to antibiotics that often. That means it’s more resistant to antibiotics and the risk of death is higher,” he said. “It can be treated if drugs are handed out quickly.”

Professor Paul Hunter, a lecturer in health protection at the University of East Anglia, said it is possible for the disease to spread through Europe and North America like the Ebola virus did in 2014.

Hunter added, “As with any disease, it’s a real worry that it mutates and become untreatable.”

“If it reaches the UK, Europe or the US it would be similar to the Ebola outbreak,” he said. “We would probably have a few isolated cases but it shouldn’t spread like it has in Madagascar.”

About two-thirds of the outbreak cases have been documented as pneumonic, the most lethal strain.

Dr. Charlotte Ndiaye said: “WHO is concerned that plague could spread further because it is already present in several cities and this is the start of the epidemic season, which usually runs from September to April.” Dr. Ndiaye works for the World Health Organisation in Madagascar.

The disease is airborne and can be quickly spread by sneezing, coughing, spitting and through contact with other body fluids.

The outbreak is being compared to the Black Death that happened between 1346 and 1353 which killed around 200 million people in Europe and Asia.

The tenth African country warned was Malawi. It could be hit along with South Africa, Kenya, Tanzania, Mauritius, Seychelles, Ethiopia, Comoros, Mozambique and La Réunion.