If you eat pork, make sure it’s cooked well. When the source of the meat is not very sanitary, undercooked pork can conceal microscopic pork tapeworm (Taenia solium) eggs. Ingesting these can lead to a tapeworm infection or neurocysticercosis.

Larvae from the eggs can spread throughout the body, traveling to different parts like the brain, eyes, muscles, and skin, where they form cysts.

One severe case was seen in an 18-year-old man in India. He was first admitted to the ER when he had so-called tonic-clonic seizures- where one loses consciousness and the body has violent muscle contractions. Other than that, there was swelling over his right eye, and his parents said that he’d been having week-long groin pains.

An MRI of his head revealed a gruesome discovery. According to a report published on March 27 in The New England Journal of Medicine, parts of his brain, the cerebral cortex, and the brain stem, were dotted with numerous cysts.  Further examination also revealed that there were cysts in his right eye and testes.

Neurocysticercosis can be life-threatening and can even lead to death.

In the Indian man’s case, the infection was much too severe and the numerous cysts in his body barred him from being treated with anti-parasitic medications as these could worsen inflammation in the brain and eyes.

Though the man was treated with the standard medications, anti-epileptics and steroids, he died two weeks later. 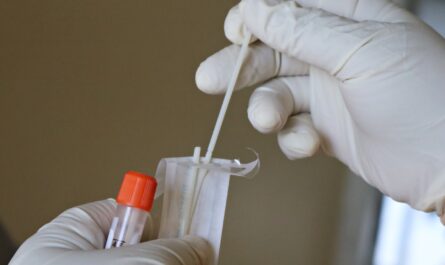