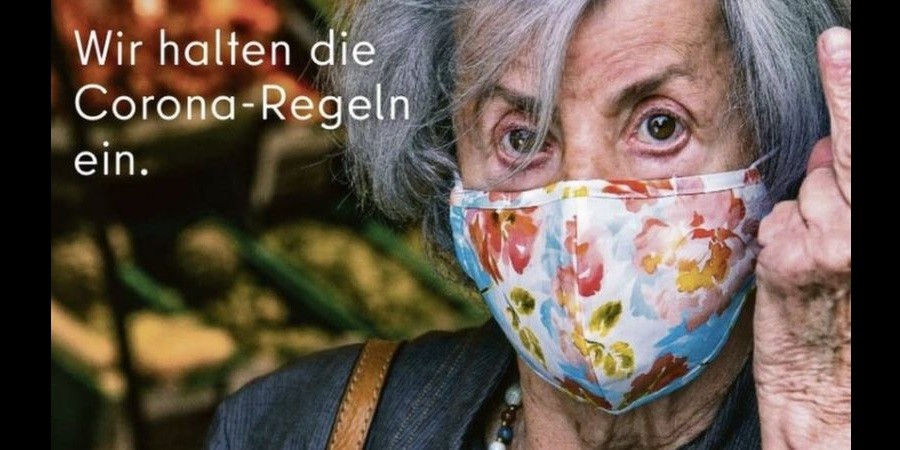 As part of a campaign to remind people to wear their masks in the city, the Berlin Senate and Visit Berlin launched a campaign ad that aims to highlight the protection of the health of the elderly.

The poster features an elderly woman with a mask, her middle finger raised.

“The raised index finger for all those without a mask. We obey the corona rules,” reads the poster.

Initially, it was published Tuesday in a local newspaper. The campaign has proven controversial, however, quickly making its rounds on social media.

A spokesman for Visit Berlin, Christian Tänzler, said that though most guests and locals in Berlin follow the pandemic rules, some don’t.

He told BBC, “These people risk the lives of older people and people from the at-risk community.”

The “provocative motif”, described as distinctly Berlin in tone by Tänzler, was chosen so that attention will be brought to this problem. Berliners are known for their directness and Tänzler said he thought a lot of Brits would appreciate the humor.

However, the campaign was not everyone’s cup of tea.

Editor-in-chief of Berlin’s Der Tagesspiegel newspaper, Lorenz Maroldt, described the ad as insulting and that “strict, clear rules with efficient rules” would be much more effective.

Others have also been confused by the text saying “index finger” though the woman has her middle finger raised. Visit Berlin said that the contradiction is intentional.

Some have also said other people can’t wear masks due to health reasons. Tänzler apologized if some people felt personally attacked for not being able to wear a mask as that was not the intention of the ad.