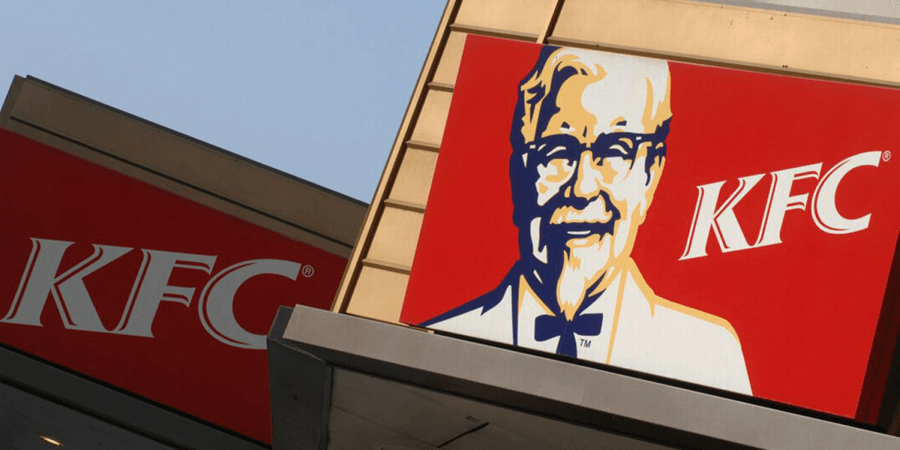 Recently, a KFC branch in Birmingham, England has fitted wire fences and installed vertical metal bars along the counter separating staff from hungry customers following a series of violent incidents.

Dubbed as “Britain’s worst KFC”, customers say they’re scared of visiting the fast-food branch after dark. Metro UK reports that a branch employee said it was mostly teenagers who would usually come in at night to cause trouble, but during the day, the restaurant is fairly quiet.

It seems like a drastic measure to erect metal barriers but the branch managers’ decision to create a partition between patrons and the kitchen and prep area is primarily to ensure that the staff is safe.

“We’re sorry for any issues caused by the barriers, but these have been put up for the safety of our team members,” explained a KFC spokeswoman in reference to a 2019 incident at the Birmingham franchise.

Last year in April, disturbing viral footage showed two girls throwing food at a female employee at the said branch with one girl even jumping over the counter to assault the staff working at the register.

Responding to the viral video at the time, KFC said: “We have a zero-tolerance policy when it comes to violence against our staff and were shocked to hear about what happened.”

Now, that policy has been implemented through the metal bars, which were bolted from the counter to the ceilings. Though the spaces are big enough to pass a bucket through, it is small enough to protect staff from attacks.

There have been at least two to up to 11 illegal incidents reportedly occurring each month in the surrounding areas near the KFC branch. FDA warning: Pet food may be cause of over 300 pet casualties