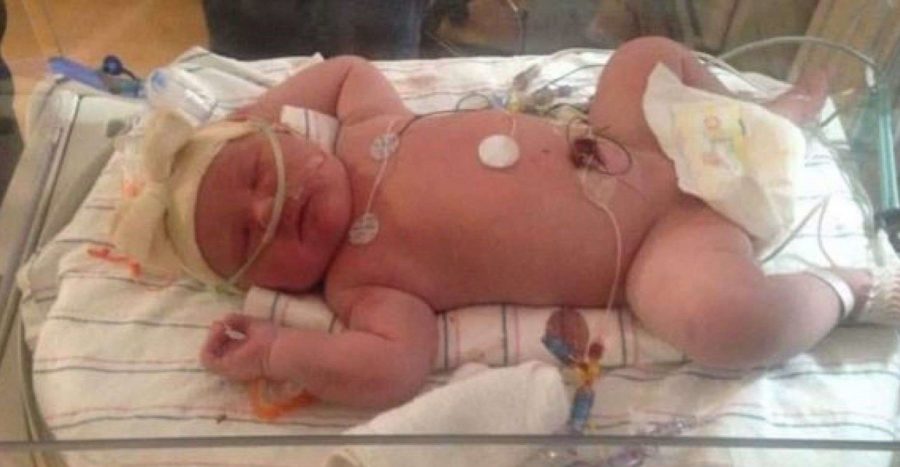 The biggest baby in the history of New York was born on March 12 to Joy Buckley from Upstate New York. She weighed a record-breaking 15 pounds and measured 23-inches and is also likely the largest baby Arnot Ogden Medical Center in Elmira, New York has ever seen.

When she was about to give birth to Harper, Buckley told Women’s Health that a C-section and a medical “vacuum” were required because of the newborn’s large size that caused her to get stuck under her mother’s ribs.

While the arrival of her baby girl made Buckley feel like she got “hit by a couple of tractor-trailers”, still, the healthy birth of Harper along with what the Buckleys have gone through before she arrived is a great cause for celebration.

According to WETM, Joy and her husband were told by doctors years ago, that they had only less than 15 percent likelihood of getting pregnant.

Bent on having children, the couple tried to conceive for seven years until they gave up and decided to adopt, until May 2016, when Buckley tested positive after taking a pregnancy test. She gave birth to her firstborn, a baby boy weighing 11 pounds!

Harper came along less than two years later. According to the University of Michigan Health Library, the newborn weighed 8 pounds higher than the average newborn and even came out with a head full of hair.

Afterwards, she was taken to the neonatal intensive care unit where she remains for further care and constant monitoring of her sugar and oxygen levels. Although it’s difficult for Buckley to leave her baby daughter in the NICU, she trusts that Harper will be coming home in due time.

Now, with three kids, Buckley told WETM that she hopes couples with infertility problems won’t give up. “Don’t give up because it’s right there. It’s definitely right there because my kids are total proof of that.” Dispute ends in restraining order between Trump and Biden supporter