A 26-year-old trail runner rescued from Olympic National Park, on Feb. 22 said he had to crawl for more than 10 hours after he broke his leg on a remote, snowy trail.

Saturday morning, Joe Oldendorf told ABC Seattle affiliate KOMO that he was running along the Duckabush Trail at Olympic National Park when he finds himself injured upon slipping on an icy patch.

He was quick to realize that he had no choice but to crawl on his knees towards where he had last seen other people camping about three miles into the trail.

“I was just trying to keep my mind on moving,” he said. “I knew deep down that that was my only option, so I didn’t really stop to entertain anything else. I just tried to stay warm, keep going.”

He then crawled for nearly seven hours to a spot where he had cellphone service to call for help, has tried to dial 911 thrice before his call for help went through. Olendorf has continued to crawl for another four hours before rescuers were able to find him.

The U.S. Coast Guard located Olendorf on the ground close to 4 a.m., Sunday. It was then that he saw what he described as the sight that brought him the “biggest relief” he has ever felt: lights flashing from the crew that has come for his rescue.

Olendorf was covered with blankets and hot packs to prevent hypothermia. Thereafter, rescuers brought him to a place in which a U.S. Helicopter from the Coast Guard could land for him to be airlifted to the hospital.

“We like to train for high-altitude rescues because of the mountainous region we operate in,” Lt. Cmdr. Sam Hill, MH-65 pilot, said in a statement. “Because of that training, we were able to overcome numerous environmental challenges to rescue the hiker from a dangerous situation. We thank Jefferson County Search and Rescue for their help locating the hiker and assisting with the hoist.”

Olendorf arrived at the Harborview Medical Center in Seattle with the skin on his knees raw from crawling along the rocky, snowy trail because of his broken leg. The doctors attended the injured leg: placed a rod into his tibia and a plate and screws into his fibula.

The rescuers told KOMO that they believe that it was his grit and determination that allowed him to survive this accident. This, according to them, is what prevented him from injuring himself more seriously.

The doctors advised Sunday afternoon that his leg would be completely recovered after about 12 weeks. Olendorf, who has since been released from the hospital, said he is thankful to be alive. 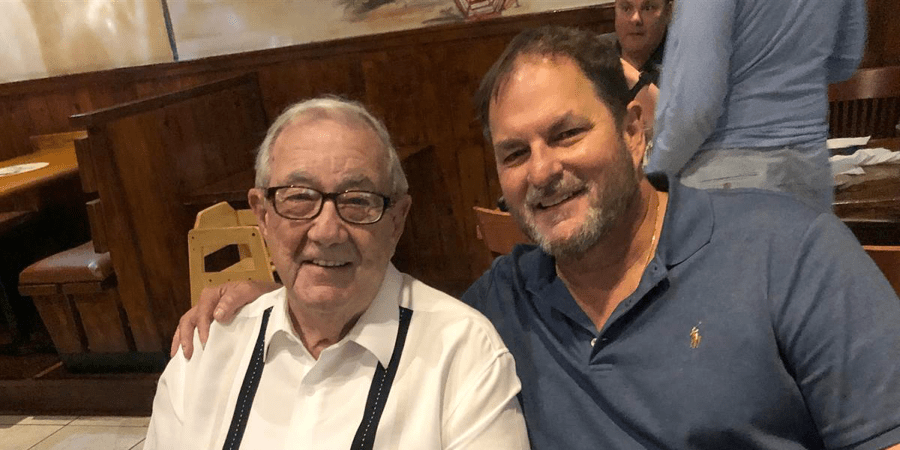