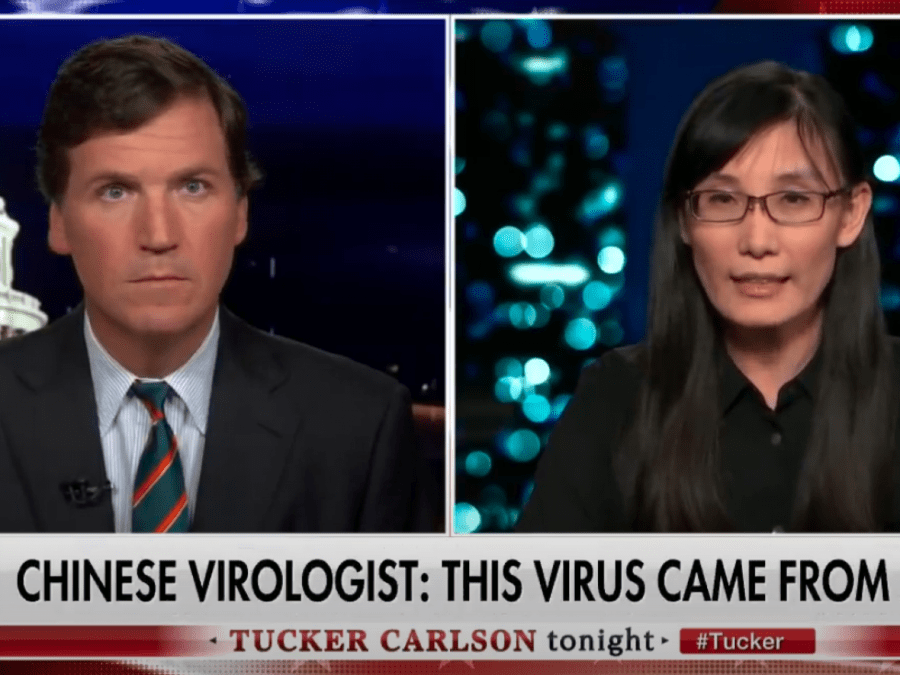 On Wednesday, Facebook and Instagram flagged Fox News’ Tucker Carlson’s shared video about misinformation concerning the novel coronavirus. Carlson got dismayed that he vented his anger on Facebook on Wednesday night.

The taken down video, which was posted on Carlson’s social media accounts on Tuesday, was his exclusive interview with Chinese virologist Li-Meng Yan. The Fox News host put a caption “Chinese whistle-blower to Tucker: This virus was made in a lab & I can prove it.”

Scientists across the world have strongly concluded that the virus came from wildlife and was not a product of a laboratory experiment.

To prevent the spread of the fake news, Facebook and Instagram called out the content immediately. The social media platforms put a disclaimer that the video “repeats information about COVID-19 that independent fact-checkers say is false.” After getting past the advisory, the clip can still be played.

Expressing his dismay on Facebook, Carlson devoted over 15 minutes of his program to criticize the social media giant for its motive to control free speech.

“Facebook still doesn’t want you to know that so Facebook suppressed the video, presumably on behalf of the Chinese government,” Carlson said.

He claimed that the disclaimer tag made it difficult for viewers to watch the video. He also defended Yan’s claims and said that the fact-checks were unreasonable given that the information was already made known in public earlier this year.

The Fox News host updated his posts’ caption, saying that Facebook was censoring him.

Claiming that SARS-CoV-2 was made in a Chinese lab, Yan co-authored a recent study pushing the said findings. According to The Daily Beast, two nonprofit groups, who are the publishers of the study, were associated with President Donald Trump’s former adviser Steve Bannon, who has been charged with fraud.

Majority of studies that focused on the origin of the virus unanimously claimed that SARS-CoV-2 came naturally.

Claims that the novel coronavirus was made by humans or bioengineered were already debunked earlier this year. Facebook referred to fact-checking platforms such as Factcheck.org, here and here, and one from USA Today. All disprove the said claim.