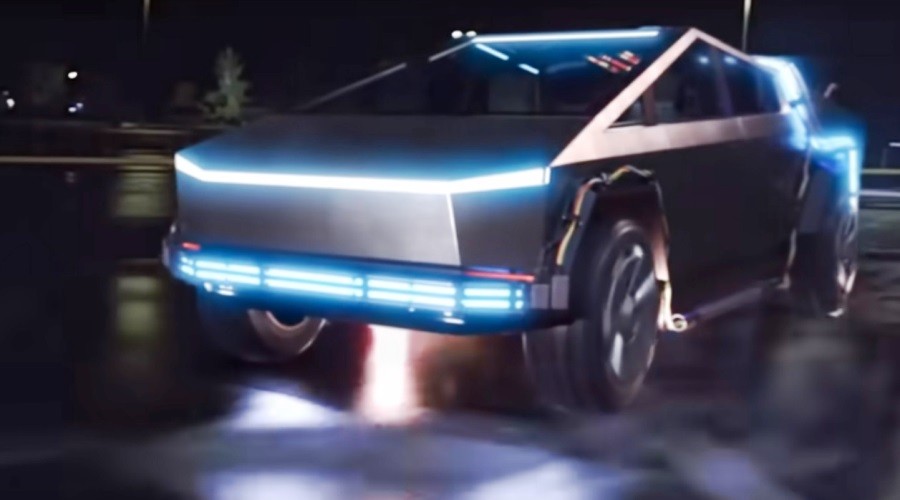 As Elon Musk has been vocal that the DeLorean, the time-traveling car in the 1985 movie classic ‘Back to the Future’ was the inspiration behind his creation, the Tesla Truck.

A YouTuber got the idea to update the DeLorean with the Tesla Truck on the fan-made reimagining of the iconic scene.

YouTuber Elon McFly edited the scene, which started when Doc Brown first showed the time-traveling vehicle to Marty McFly. Instead of the DeLorean, the new clip shows the Cybertruck,  burning the tires as it began its acceleration to 88 mph before finally running, and disappearing before reaching Marty and Doc Emmet Brown.

The Tesla electric car travels through time and exits with a blazing trail of fire, leaving license a plate that’s labeled ‘LOL GAS,’ while the original scene reads ‘OUTATIME.’

According to Futurism, the YouTuber remade the scene by redesigning the Cybertruck to look similar to the movie scene’s DeLorean, detailed with messy vehicle body’s wiring and the neon-lighted buttons inside.

When the Cybertruck has launched November of last year,  it received a mostly positive reception from the public. However, on a recent podcast, Elon Musk expressed that he’s uncertain how the public would see his creation.

The tech billionaire added that he’s open to producing typical looking trucks just in case no one will be interested in the electric Cyberduck.

Musk further explained that his design was supposed to be tank from the future, and he believes that the design might attract many many people, especially Americans who love tough, and big pick up trucks

In the same podcast, Elon revealed that the Cybertrucks’s body is mainly enthused on one of his sports car, the 1976 Lotus Esprit. It is also a combination of influences from the feature vehicles from futuristic movie classics, ‘Back to the Future,’ ‘Mad Max,,’ ‘Blade Runner,’ and ‘Alien’.

“You want to have these things that inspire people and feels different.”

Musk also stated in the podcast.