A woman’s struggles with weight gain turned out to be a sign of something much more severe.

Amanda Shoultz tried dieting and exercising to combat the weight she’d gained early in the year. But, she kept gaining more weight around her abdomen.

“I just assumed it was my fault. That I had done something wrong,” Shoultz said.

Shoultz’s doctor completed blood work, but everything came back normal. So, Shoultz suspected she had an undiagnosed food allergy that was causing excessive bloating. However, altering her diet didn’t stop the weight gain either.

After no improvement after nearly eight months, she went to a specialist.

“By the time I saw my GI [gastroenterologist] doctor, my stomach was hard as a rock,” Shoultz said. “My mom said you could have punched me in my stomach and broken your hand, it was so hard.”

The doctor did a CT scan and found a 17-pound tumor in her abdomen known as a liposarcoma. The nearly 13-inch mass wrapped around her right kidney and adrenal gland.

Shoultz had surgery on Sept. 27, removing the tumor, her right kidney, and her adrenal gland. Because it hadn’t spread, chemotherapy and radiation weren’t necessary.

“I knew that something was wrong because I’ve always had a hard time gaining weight,” she said. “When I was getting so large in my abdomen and I couldn’t control it, that’s when I knew something was off.” 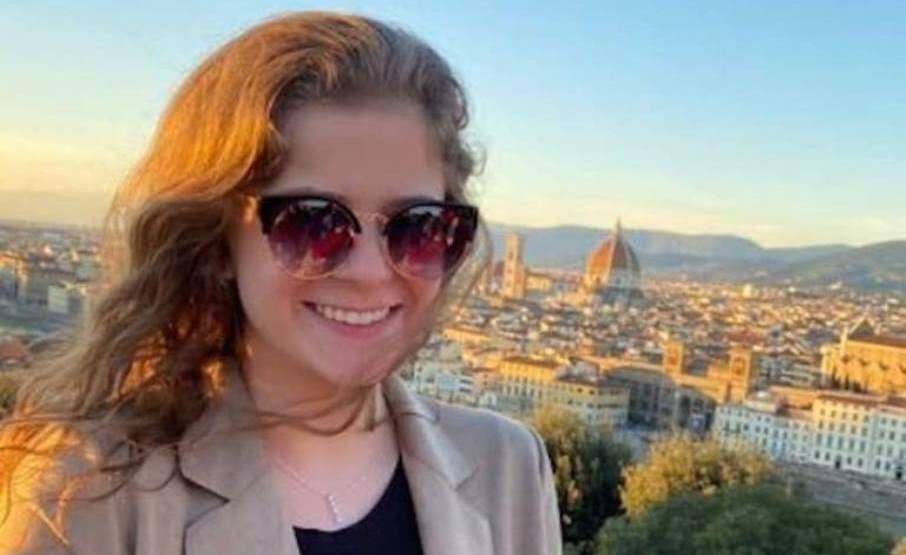