A couple’s outrageous gender reveal has sparked backlash online – as they used a wild tiger to pop a balloon full of pink powder.

The video has gone viral online, and it shows the ferocious animal setting its sights on a balloon on a beach next to the popular Burj Al Arab hotel in Dubai.

In the footage, the tiger leaps into the air and pops one of the balloons with its claws to reveal the baby’s gender, as the Daily Star reports.

Now, the controversial video has sparked debate online with some social media users questioning whether the act is legal.

One furious user wrote on Instagram : “I’m sickened by the mentality of the people who think this is ok.”

Another person said: “This isn’t something to be proud of. These animals are not pets.”

While another wrote: “Absolutely ridiculous! Such a shame! Let the wild be in the wild!”

“Is [ the ] gender reveal for this tigers cub?,” another person asked.

Recently, authorities in Dubai issued a warning and said that any wild animals that are brought into a public environment are banned under the Emirate’s laws, reports Times Now News.

It was reported back in May that those who act against the law could face a lengthy jail sentence of up to six months, after a wild cat was on the loose. 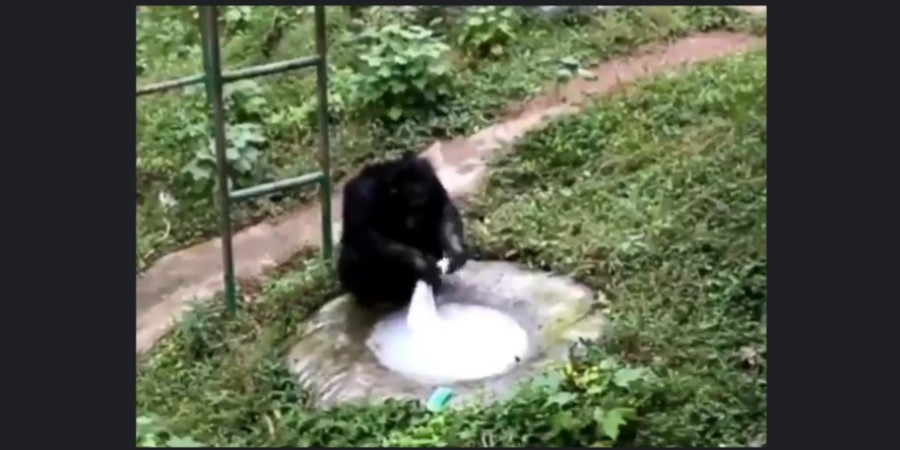