Garnett, who won a championship in Boston uniform in 2008 and played six seasons, posted his thoughts on his Instagram about his disgust at Irving’s action.

“We just gonna act like we didn’t see that,” the power forward star wrote. “The F*** is going on…. You can’t do that. That’s not cool on any level .. All of us need to be better frfr.”

“Real bulls***,” Davis wrote. “Like I said you step on Lucky, you step on everybody that played for that team. Keep the s*** basketball before somebody gets hurt in real life.”

Davis’ statement “keep the s*** basketball” looked like a response to Irving’s comments before Sunday’s game. The superstar point guard, who previously played with the Celtics, said that he expects “racism” when he returns to play at the TD Garden.

Sunday’s game marked the first time that Irving played at the Garden since leaving the Celtics two years ago.

“Hopefully we can just keep it strictly basketball,” Irving told reporters. “There’s no belligerence or any racism going on — subtle racism and people yelling s*** from the crowd.”

After the game (and the stomping incident), a 21-year-old fan named Cole Buckley from Braintree, Massachusetts threw a beverage bottle as Irving was about to exit the court. Buckley was arrested with assault and battery with a dangerous weapon.

During their postgame interview, Irving and Nets teammate Kevin Durant addressed the incident. The Nets guard called the matter a byproduct of “underlying racism.”

As for Durant, he encouraged the fans to “grow up” amid the recent series of uncalled fan behaviors against NBA players.

“Fans gotta grow up at some point…When it comes to these games, you’ve got to realize these men are human. We’re not animals. We’re not in a circus…” Durant said. 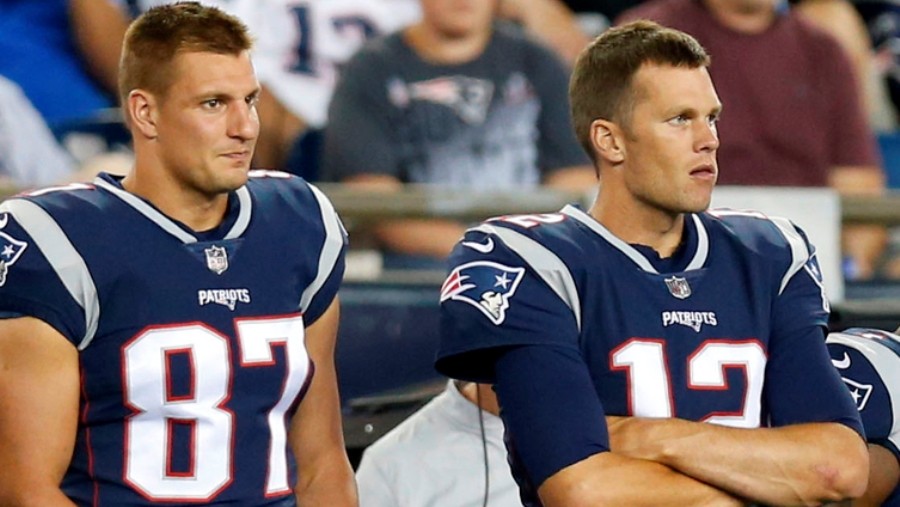 Rob Gronkowski tells the primary reason why he chose Buccaneers, and it was not Brady [Video]