A woman almost lost her vision after she sealed her eye shut with nail glue mistaken for eye drops.

On April 15, Yacedrah Williams of Metro Detroit, Michigan, woke up to the feeling of dry eyes at around 1 a.m. She decided to use some eye drops to remedy the dryness before taking out her contact lenses. But as she fished for the bottle in her purse, she ended up taking the bottle of nail glue, which was of the same size, by mistake, she told ABC affiliate WXYZ.

It was only when the drop was about to fall into her eye that she realized it was the wrong bottle.

She said, “I was like ‘oh my goodness.’… It dropped in my eye and I tried to wipe it away and it sealed my eye shut.”

Yacedrah immediately rinsed her eye with cold water and tried to pry her eyelids apart but to no avail. Her eye “was completely shut,” so she frantically told her husband to call 911.

Her husband Derrick recalled, “She went into a panic… I tried to keep her from panicking but then I said, ‘Derrick, this is in her eye not yours.'”

Yacedrah did the right thing after her mistake by quickly washing her eye with water, says George Williams, director of the Beaumont Eye Institute at Beaumont Health, Michigan. Her contact lens also helped.

“If you ever get anything in your eye the immediate thing to do is try to flush your eye out,” he said. “Just either hold your head under a faucet, get a bottle of water, hold your eye open and just flood your eye. You’ll make a mess but you may save your vision.”

A similar incident with nail glue occurred in 2015 when a woman mistakenly handed nail glue to a friend who wanted eye drops to clear debris from her eye. The bottles of eye drops and nail glue were of the same shape and size, and some women keep both in their purse.

Such accidental injuries are not uncommon. Household items, such as bleach and oven cleaner, cause about 125,000 eye injuries each year, the American Academy of Ophthalmology reports.

Anyone who gets chemicals in their eye should immediately wash the area with clean water and seek emergency treatment. Anyone who faces serious eye injuries should not try to self-treat but have themselves examined by a medical doctor or an ophthalmologist, the organization advises. 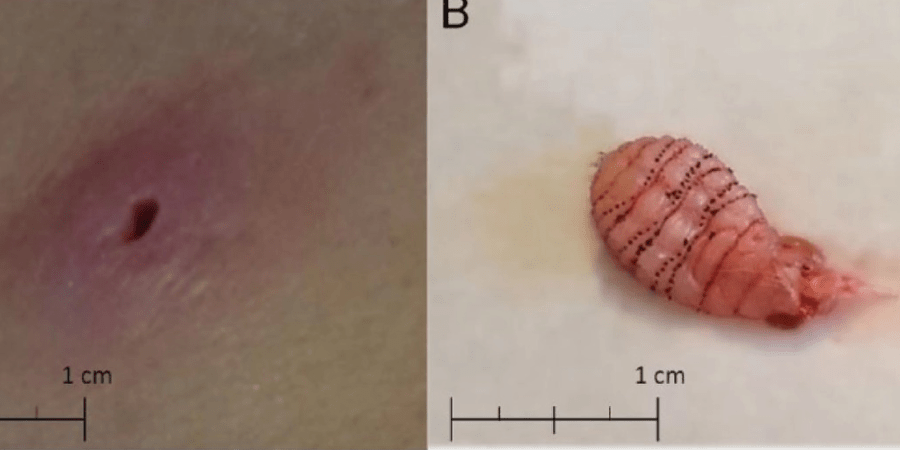